Happy International Men’s Day and welcome to HEqual, an exciting new brand of equality activism. At HEqual we aim to really make a difference in standing against sexism and genuine discrimination. 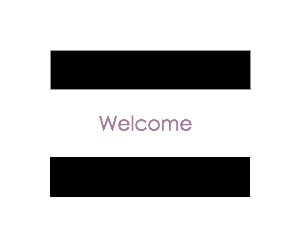 By “genuine” discrimination we mean anything that is indisputably unfair and causes real harm. While certain feminist groups supposedly campaigning for equality are concerned with men’s seating positions on public transport, or forcing them to sit down when urinating, we’ll be taking on the other less important issues that appear to have slipped their minds, such as say gaining recognition for hundreds of thousands of male victims of domestic violence.

Our primary concern is the sexism in society that we all fund ourselves whether we like it or not, i.e. sex discrimination by the state, or by groups in receipt of taxpayer funding. Sexism by large and powerful companies will also be a priority, particularly if those companies are dominant and thus are hard to boycott (though we’ll happily challenge all forms of real sexism, big and small). There are a great many myths and downright lies out there when it comes to gender issues and we’ll be tackling them head-on.

A common misconception is that there’s a lack of activism by men’s human rights groups helping men, and while there certainly needs to be more, such a misconception is at least partly down the media and even activists failing to report and document their successes. Therefore, a secondary purpose of this site is to encourage such activism to grow and to be documented and publicised.

We’re going to stay focused solely on making a difference, so here you won’t find any discussion of today’s latest man-hating article over at the Guardian nor coverage of random extremist bloggers trying to derail our movement. Everything written here will be done so with a purpose, that of facilitating real change. We will not simply be discussing or exposing sexism here, but actively challenging it and, ultimately winning. This will happen week after week, and month after month and we’ll ensure this success by choosing our battles carefully. So if you’re say a local government body with sexist policies and practices and find yourselves on our radar then that’s because it’s because we’re extremely confident we can put a stop to what you’re doing.

The fact is that after so much debate and talk, the arguments now have largely been won. Most people are now acutely aware that men have been left out when it comes to gaining equality and they recognise that men deserve the same rights and protection as women. It’s time those victories in the debates finally translates into real change.

Thanks for stopping by

Update – read about our first success here, hopeful the first of many more to come