In 2015, inspired by the BBC’s refusal to cover the tragic case of Jay Cheshire,  HEqual carried out a ground breaking audit of UK media coverage of fatal false rape accusations which resulted in the suicide of the victim.

Our 2015 study showed that the BBC (and the Guardian) had failed to cover a single such case going right back to the year 2000 and we updated the study in 2018 with two more cases, again neither of which were covered by the BBC.

At HEqual we campaigned to try to force the BBC to report on the Cheshire case, but they refused to cover his tragic death, the findings of the inquest or any follow up stories. The BBC only finally regarded the cases as worthy of coverage, when Jay’s mother also took her own life due to impact of the false allegations and her son’s suicide. Thus the BBC never directly reported on any UK cases of false rape accusations having a fatal impact on the accused, only reporting one one case when the victim’s mother also tragically took her own life too.

The BBC’s non–existent coverage of the plight of all these innocent men only gets worse when contrasted with their wall to wall coverage of the Elenor DeFreitas case – a false rape accuser who, after a lengthy and costly attempt by her victim to bring her to justice, took her own life rather than face trial for her terrible crimes. The BBC falsely claimed DeFreitas was a “rape victim” and we had to force them to retract  false claims about the case, many of which they plastered on the the front of their news pages.

Now in 2020, we tragically have yet another case of fatal false rape accusations to add to the study, that of Mark Hunton. 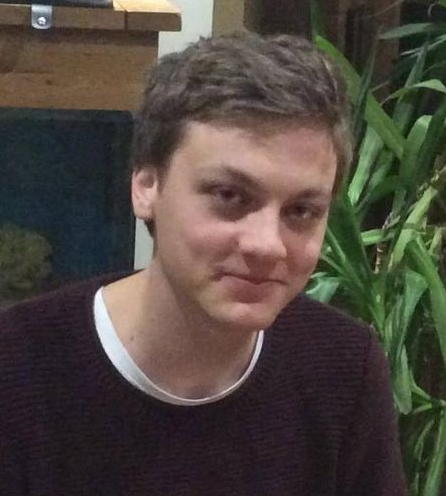 Hunton took his own life in May 2018 after allegedly being falsley accused of rape.  There was a lack of media coverage about the case until May of the following year, so the BBc couldnt’ be expected to cover it until that period. As with every other fatal false rape accusation case, the story gained not just local coverage, but national attention too, with the Daily Mirror, Daily Mail and Talk Radio all covering the tragedy.

Hunton’s case again hit the headlines just last month, when it emerged that 30% of a police officer’s report into the case was being withheld from the family, prompting accusations of a police cover-up.

As per the usual BBC treatment of victims of false rape accusations in the UK who take their own lives, there’s no article anywhere about Hutton’s case. The BBC may well (just about) be able to argue that the case doesn’t warrant national coverage, but clearly their local news site and bulletins have a very clear obligation to report on the case. At HEqual we’ve written to the BBC’s South West Director asking them about their lack of coverage and we’ll update this article upon receiving a reply.

In addition to the above two cases, the past few years have seen a further DeFreitas-style case in which a false accuser took her own life, albeit well before she was set to face any sort of justice. The case is that of Hannah Stubbs, who faslely accused her boyfriend fo rape after he ended their relationship, with the prosecution failing to even charge the accused until after she took her own life. He was charged despite the mountain of evidence showing the rape accusation to be false. The Daily Mail has a great write-up of the fiasco, with the defence lawyer describing the saga as “perhaps an unrivalled case study in how a false allegation can come about”. The Mail reported:

Also disclosed by the prosecution in the case files for the inquest was her internet search history. This included multiple searches in August 2015 on false allegations and on how to withdraw prosecutions – as well as research into the kind of personality disorders that drive such allegations.

Needless to say, the case gained plenty of coverage from the BBC and Guardian, though from their “journalism” readers wouldn’t have a clue that there were false accusations involved, never-mind any of the masses of evidence against the accuser. Licence fee payers would just be mislead into thinking that some man standing trial for rape had the case dropped, with his supposed victim taking her own life and he’d basically got away with it.

There’s at least five separate BBC articles on the case, the most prominent and earliest national BBC coverage mainly comprises of a video clip solely containing the views of the accuser’s aunt. She explicitly describes the falsely accused as having “attacked” Stubbs and criticises the university for “the fact that the perpetrator was still there and allowed to study”. Thus the entire piece wrongly smears both the university and the attacker, when in reality the evidence showed that the culprits were the false accuser, feminist activists and perhaps to some extent the police. Quite simply, it couldn’t be any less truthful.

This piece of BBC activism was published in 2015 and it then led to charges against the falsely accused the following year. When the victim was finally cleared in March 2017, the BBC of course relegated the story to the local “Stoke and Staffordshire” news section, rather than it being under national news for England news as per the video clip. It really should be basic journalism ethics that a person being clearly of rape (particularly so comprehensively), should have a least as much prominence given to said development than any initial false (or even unproven) accusations. It should be noted that there wasn’t even any trial the case was so full of holes that the CPS simply offered “no evidence”. However, despite repeatedly naming the falsely accused on its website, the BBC fails to present readers with a single piece of proof of his innocence from the mountain of evidence that cleared him.

Given that there’s now multiple false accusers taking their own lives it’s important to note the consequences of feminist activists pushing spurned women to cry rape as a form of revenge. While it’s more usual for false allegations to be fatal for the falsely accused, once a case begins to fall apart and if the truth comes out, then the false accuser can also suffer too. Some people may have little sympathy for such accusers, but when they’ve been used and/or manipulated by misandrist feminist activists, then they genuinely are at least partial victims too. Ultimately of course, out sympathies should lie with victims of false accusations, and while he might have survived the trauma of being falsely accused, like so many cases in the united states he also unjustly lost his chance to study at university.

In our search for coverage of false rape accusations resulting in the suicide of the victims, we did finally uncover one small mention of the case of Avadhesh Yadav. However, our study of course pertains to UK cases, and Yadav was the victim of false accusations not in the UK but in India. Furthermore, while his case is at least reported in relation to him being the victim, as per typical BBC fashion, it’s again really about women. Why’s that? Well, it’s in the context of profiling men’s rights activist Deepika Narayan Bhardwaj “as part of a series on the Asian women likely to make the news in 2017”. That said, this case does mean the BBC reporting of such cases in a country thousands of miles away is now actually  better than their output for the entirety of its domestic coverage over the last twenty years, this despite the BBC having thousands of UK staff and reporters in every city and of course a massive guaranteed income taken from British citizens against their will, with the threat of jail for those who don’t wish to fund the organisation’s endless sexist feminist activism.

In conclusion, the BBC still hasn’t reported a single UK cases of a victim of a false rape accusation taking his own life (only covering the Cheshire case when the accused mother also took her own life). It appears that the inquest into Mark Huntons’ death hasn’t been held yet, so there will shortly (and unfortunately) be yet another opportunity for them to finally put this right.

If you enjoy reading HEqual and the work we do please consider making a donation so we can continue promoting equality and tackling discrimination.